According to the judicial group of Fars News Agency, in line with the field visits of the head of the judiciary to judicial centers and authorities, this Wednesday morning (January 14), Hojjatul Islam wal Muslimeen Mohseni Ajeei attended the Statistics and Information Technology Center of the Judiciary for 2 hours and from various departments of this center. visited.

In the course of this visit, the head of the Judiciary, emphasizing that the presentation of statistics on judicial cases should not be in a way that reduces the quality of the proceedings, demanded that the issue of necessary pathologies in the field of statistical processes of the judicial system, which was emphasized earlier Be done more quickly and seriously.

In this context, Hojjat-ul-Islam Wal-Muslimin Mohseni Ajeei, referring to the indicators that the systems supervising judicial experts must have, emphasized on criteria such as determining the exact hours of the expert by the judge and the proportional distribution of cases among experts, as well as the adaptation of this distribution to the experts’ expertise.

The Head of the Judiciary emphasized that the differences between the expert panels regarding a referral case should not be gross and said: One of the things that causes people’s dissatisfaction and increases the costs of clients is the same gross differences in the experts, which should be completed Let’s achieve comprehensive systems, organization of expert processes as soon as possible.

Hojjat-ul-Islam wal-Muslimin Mohseni Ajeei, after visiting the different departments and parts of the Statistics and Information Technology Center of the Judiciary, during a speech to the directors of this judicial center, honoring the memory of General Rashid Islam, Haj Qassem Soleimani, said: Martyr Sepahd Haj Qassem Soleimani in He had an exceptional personality at all stages of his mujahidan life and was not just a military commander, but a religious, cultured, popular and high-spirited human being, and more important than his measures, initiatives and courage, he constantly trusted in God Almighty.

Referring to the importance of serving the people in any position and responsibility, the head of the judiciary said: Every person and official in any position and position should be aware of the value of their work, and it is this awareness that causes that person’s motivation, initiative and creativity. Or be double responsible.

We should not stop in our current work and achievements

Referring to the progress made in the field of using new technologies in the judicial system in recent years, the head of the judiciary said: the officials and managers of the statistics and information technology center of the judiciary should be continuously moving forward in order to make judicial processes and procedures smarter. Avoid any stagnation in current achievements.

Referring to the inherent mission and responsibilities of the judicial system in the direction of expanding justice and expanding legitimate freedoms for all people, the head of the judiciary said: the Center for Statistics and Information Technology of the Judiciary, with comprehensiveness and foresight and the ever-increasing development of intelligent systems, can serve different parts of the judicial system more than ever before. In practice, he helped them with their duties and responsibilities.

In order to speed up the transformation, it is necessary to combine young and experienced forces

Referring to the necessity of shortening judicial processes, reducing costs, speeding up and facilitating the advancement of people’s judicial affairs, the head of the Judiciary said: The Statistics and Information Technology Center of the Judiciary can be a pioneer in the realization of all these cases.

The head of the judiciary continued: if a person referring to the judicial system gets his right after two years, for example, as a result of the length of the judicial process, although his right has been fulfilled, but because it took two years to fulfill his right, that happiness and It will not have the necessary sweetness for him; Therefore, the importance of the work of the officials and employees of the Statistics and Information Technology Center of the Judiciary in the direction of developing intelligence to shorten judicial processes can be effective in achieving the ultimate goal of expanding justice and tasting the sweet taste of justice for the people.

خبر پیشنهادی:   The most important cause of "tic" in children

The Head of the Judiciary, referring to the category of vote interference and the issues that cause some cases to go back and forth between centers and judicial authorities several times, said: Categories such as delays in obtaining inquiries from the judge and problems in experts are among the cases that It causes that some judicial rulings do not have the necessary thoroughness, so in this regard, the Judiciary Statistics and Information Technology Center can play a role and help to improve judicial opinions as much as possible by completing the systems related to experts, attorneys and inquiries.

In the end, Hojjat-ul-Islam Wal-Muslimin Mohseni Ajeei noted: the development of intelligentization of judicial procedures and processes leads to “shortening processes”, “reducing costs” and “increasing the speed and ease of advancing people’s judicial affairs”; Therefore, the Center for Statistics and Information Technology of the Judiciary can be the driving force of the judiciary in order to achieve its goals.

Kazemifard pointed out: While conducting electronic inquiries before sometimes took up to several months, now we see that the execution judge can check the balance of the convicted person’s account at the same moment and easily, and now the Statistics Center And the information technology of the Judiciary is trying to make it possible to seize the account of the convicted person for the judge to execute the sentences in real time this year.

800 drug addicts were collected from Harandi and Shush neighborhoods 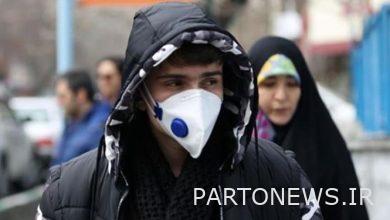 What to do with persistent anxiety? / Corona and concerns that still exist 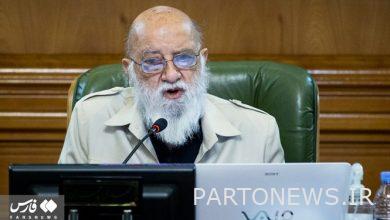 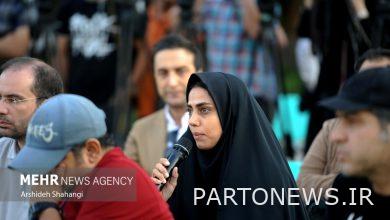 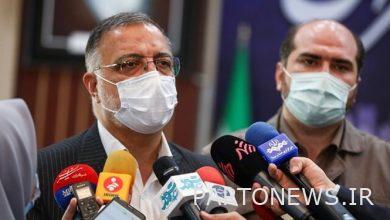