According to Mehr News Agency, Seyed Nasser Mousavi Largani, a representative of the people of Falavarjan in the Islamic Consultative Assembly, today (Tuesday, June 21) in a public session of the Assembly, while appreciating the visit of the President and the Cabinet to Isfahan Province and emphasizing the completion of semi-finished projects. “People have endured the growing burden of inflation, even if they wanted to, they could not bear it,” he said. Tenants’ voices are heard under the heavy burden of rising rents. The dignity of retirees is higher than the ill-considered decisions of a minister to take them to the streets.

He added: “Demands for teachers’ rights, reduction of people’s purchasing power, monopoly of banks and disregard for exit laws have gone hand in hand and put the country’s economic situation in an unfavorable situation.” The housing units of the banks are out of the consumption cycle. There has been a lot of speculation in the housing sector. Dismiss the banks from the housing sector without compliments. What does it mean for a bank to own housing units? Why is no effective action taken in this regard? Whose interests are involved? Forgive the source of corruption.

The representative of the people of Falavarjan in the parliament pointed out: We are witnessing protest rallies of various guilds, which have faced tax increases in the conditions of stagflation. Do not let the excuse fall into the hands of the ill-wishers. The guilds and the bazaars are the trade and the economy of the country, and if they fail, the economy of the country will be paralyzed.

Mousavi Largani, referring to the principle of the subsidy program, said: The principle of cash subsidy planning is approved; But the danger of hyperinflation is serious. Do not rely on the hopeful words of a group of raw and inexperienced consultants.

Addressing the President, he reminded: “These days, the part of cyberspace that is in the hands of the ill-wishers is full of incitement to unrest in the country. The solution to reform the economy requires you to powerfully repair the cabinet without compliments, do not be afraid of negative publicity and act courageously. We support you. We owe it to the country and the people, not to individuals and teammates.

A member of the parliament’s economic commission added: “Some members of your economic team do not have enough experience and expertise. A good program wants a good executor. I mentioned the resigned minister of labor as the Achilles heel of the government. The main task is to popularize subsidies with the Ministry of Labor.”

Mousavi Largani, referring to the protests of retirees in recent months, said: “In recent months, the voices of protests of retirees, employers and subsidy recipients have been removed and we even heard the employees of the ministry, which eventually led to the resignation of the minister.” The president bravely removed one of the awkward patches of the cabinet, which remains to be thanked.

He stated: The Ministry of Silence is the twin of the Ministry of Welfare in terms of mismanagement. If you want to curb inflation to some extent, find out the Ministry of Silence and do not let the matter reach interrogation. In the case of the second solution, lock the central bank’s liquidity production workshop three times, the rial to the real liquidity, which is added to the current volume of liquidity, causes inflation. Get the job done from the root; The order cannot prevent the consequences of inflation and the creation of unsupported liquidity.

The member of the Economic Commission of the parliament emphasized: prevent the creation of quasi-money by banks and financial institutions; Otherwise, all the orders to organize the economy will remain on the ground. I call on the delegates to drop the useless definitions and go to the aid of the government wherever they see fit. Unfortunately, the decision of the Revolutionary Assembly during its two years of activity in the public mind does not correspond to its slogans. We came to the parliament to save Iran’s economy, but we spent the first year in unnecessary appeasement with the incompetent Rouhani government and prevented the president from asking questions.

Mousavi Largani said about the plan to impeach the ministers: “The plan to impeach the ministers went to the archives and we allowed Rouhani to monopolize whatever he wanted and finally hand over the half-hearted economy, and today the parliament has become an observer without action.” We are the advocate of the nation and we have sworn to defend the constitution of the country and to take steps for the welfare and well-being of the people; Have we really been like this in these two years? Do people accept our record?

Regarding the arrogant boasting of the Zionists, he said: “Unfortunately, some sheikhdoms in the south of the Persian Gulf have acted like stupid governments and opened the door to Zionism in the region, regardless of the devastating consequences that await them. Do you not know what is the punishment for this stupidity of yours?” You dig your own grave with your own hands. Why do you give the land of Muslims to the wild dogs of the hyena, which will create hundreds of times more crime with the slightest opportunity? Don’t you know that insecurity in this area is to your detriment?

The member of the Economic Commission of the Majles pointed out: Islamic Iran is in a position of authority and will decide on the Persian Gulf waterway whenever it sees fit. The Zionists should know that Islamic Iran is not afraid of such abusive alliances at all, and if it sees fit, it will continue its peaceful nuclear activities while confronting the crisis-makers.

Banks are allowed to accept guarantees from knowledge-based funds 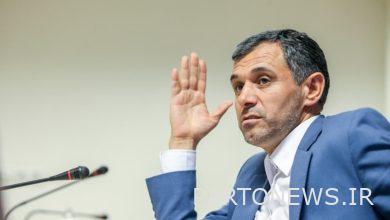 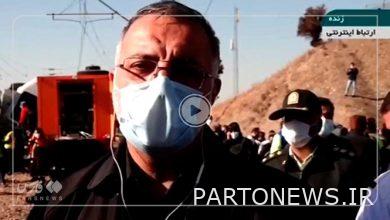 Government decision on work / polluting motorcycles is not distributed in Tehran 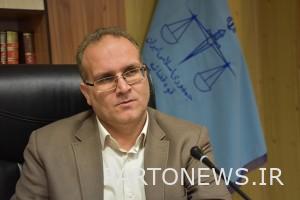 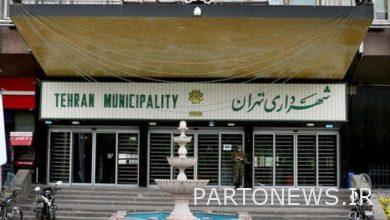