According to the social welfare group of Fars news agency, today in the presence of the minister of education, the social deputy of Farman Imam’s executive headquarters, the deputy minister and head of the school renovation organization, the CEO of Barkat Foundation and a group of idea makers and activists in the field of knowledge in the meeting hall of Farman Imam’s executive headquarters. The first national event of future schools was held.

In this event, the Minister of Education, while appreciating the executive staff of Farman Imam for participating in this event, said: The executive staff of Farman Imam, in addition to helping education in infrastructure and physical areas, which a large number of schools, especially in the regions deprived is done by this important institution, it has had good cooperation in soft and cultural, educational and educational fields.

Youssef Nouri stated that one of the goals of the school in the horizon of the vision is to have educational technology at the standard level, he said: we must have a design for the future of the student and this requires the use of new technologies, we must predict the future in order to know. What should future schools look like and what are their needs?

He added: “Physical structure gives identity to humans and these structures should be derived from civilization, and currently the number of schools in accordance with the assets of our architecture and civilization and in accordance with today’s technologies is small.”
Referring to this event, Nouri said: In addition to the slogan of the year, this action is in line with our main documents. One of our documents is the fundamental change document, which is outlined in the operational objective 14 of this document and the following solutions to create the adaptation of educational spaces to the characteristics and needs of students, the requirements of Iranian Islamic culture, and climatic and geographical conditions.

He continued: The educational space per capita in Iran was 1.5 meters after the revolution, but now it has reached 5.2 meters. All this effort has been made, but there are not many schools that we can say are built in accordance with our culture and civilization or our architectural assets. This is one of the shortcomings that exist, therefore, these issues have been addressed in the fundamental transformation document of the solutions under operational objective 14.

خبر پیشنهادی:   Farhad Maithami is not on hunger strike+new photo

Ali Asgari added: We are bound to face technology, in education we must go towards technology with open eyes and pour our own content into this technology.

In this event, the CEO of Barkat Foundation, while pointing out the importance and role of modern technology in the construction and management of schools, said: In the world, progress has been made in this field, and in our country, especially some non-profit schools have gone in this direction, and it was necessary that this The good action should spread to all schools in the country and use good ideas so that we can take the necessary measures for the future of the children of this land.

Mohammad Turkmaneh added: Considering this gap, the Barkat Foundation made an understanding with the School Renovation Organization, and based on that, we planned the national event “Future Schools” and called on scientists and elites to submit plans and proposals in this field.

Turkmaneh emphasized: Barkat Foundation will support these 10 selected and creative projects, which focus on the use of new technologies in educational, educational and sports fields, and will implement them in several schools, and if these 10 examples are successful, with the participation of the Ministry of Education and We will expand its cultivation in the schools of the whole country.

The CEO of Barkat Foundation continued: These plans include physical areas such as electronic discussions and virtual labs, as well as educational and content areas of schools.

Stating that schools are one of the special priorities of Farman Imam’s executive headquarters, Turkmaneh said: Barkat Foundation has reached an understanding with the School Renovation Organization for the construction of 2,700 schools so far, and God willing, we will celebrate the opening of the 2,000th Barkat school in the decade of Fajr this year.

He stated: Eliminating connection schools and converting them to construction schools is also part of our memorandums with the Ministry of Education.

The head of the School Renovation Organization also said at the first event of the future schools, stating that the presence of the executive headquarters of the Imam’s order and the School Renovation Organization is a sign of the national determination to solve the physical space, and said: “The Barkat Foundation sincerely and jihadily built schools for the children of this land.” increased, the reason for all this focus and importance on the issue of building schools is that the driver of educational justice is the physical space and if there is no school, education will hardly happen, but by allocating a standard space for children, we increase their belief in what we teach, and both students and Both teachers achieve their goals in a more favorable way in the standard class.

The Deputy Minister of Education noted: Barkat Foundation has now reached a point where it wants to celebrate the construction of 2000 schools in deprived areas of the country, which is a happy event and a real investment for the country.

Hamidreza Khanmohammadi emphasized: We should not build a school just for the present and we should consider the needs and technologies needed for the future and calculate these points by employing knowledge-based companies.

In the continuation of this ceremony, a number of researchers and owners of superior and selected ideas presented creative designs and new technologies used in their projects, such as “Using the modular construction method for the rapid construction of schools”, “Computer simulation of the process of evacuation of students in schools” “, “Application of Artificial Intelligence Algorithm in the Architecture Design Process of Future Schools”, “Progress of Evolution and Foresight in the Architecture of Future Schools” and…

What is Viagra and what are its benefits and side effects?

Teutoni: The most difficult draw fell to us/ we are trying to advance to the Premier League with this motivation 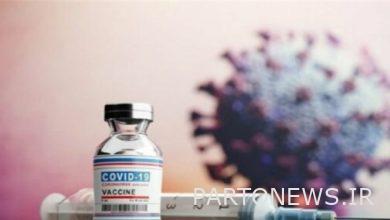 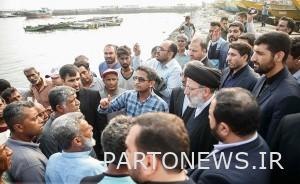 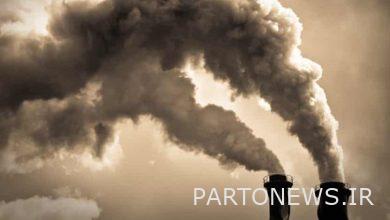