According to the Fars News Agency Health Reporter, a few months after the approval of the Supreme Council of the Cultural Revolution and the emphasis on a 20% increase; Determining the capacity to increase admissions in these fields is still a matter for the Ministry of Health to negotiate with lawmakers.

In a special news talk show on Sunday, June 6, this year, the issue of increasing dental capacity was discussed with the presence of Hojjatoleslam “Hassan Shojaei”, Chairman of the Article 90 Commission of the Islamic Consultative Assembly, “Rajabali Borzoi”, Deputy Director of Policy and Secretariat of the Supreme Council of the Cultural Revolution Kuhpayehzadeh Esfahani »Secretary of the Council for the Development of Medical Universities was reviewed.

Referring to the problems in the field of oral health, the head of the Principle 90 Commission said: “The question is from what angle to access medical services.” There was also this problem in the issue of general medicine, which was announced by the officials of the Ministry of Health that per capita is not a good indicator to enter the issue of access to medical services. .

He added: “It is certain that people do not have good access to dental services even in big cities; One of the main reasons is the high cost of dental services in the country and many people are not able to go to the dentist.

Addressing the Ministry of Health, the head of the Principle 90 Commission continued: “You now have a legal obligation to present a plan to increase dental capacity. Despite this legal obligation, your proposal has been to increase it by 5% over 5 years. According to our information, this proposal Presented in writing, but returned orally.

خبر پیشنهادی:   Allocation of 12 thousand billion tomans to complete 220 hospitals in the country

Hojjatoleslam Shojaei, stating that there is a lot of talk about medicine and dentistry per capita and a special budget for medical education, said: “The expectation from the Ministry of Health is that it is exactly like the general physician whose current doctor per capita was determined and from 13 as The current per capita reached 20 in 1400; The percentage proposed by the Ministry of Health should cover this gap.

He added: “People’s oral health status is not good. For this problem, a solution must be found. If 10 indicators need to be upgraded, one of the indicators must be related to the number of dentists.”

Borzoi in response to the question about “What is the index and per capita situation of dentists in the country?” “One of the most important issues in the future and the health of the country is the issue of medical and dental capacity,” he said. Our country is increasing in age and old age. We must make the necessary predictions now. In the next 30 years, more than 30% of the population will be elderly and middle-aged. If we do not make the necessary predictions now, we will face many problems in the future.

He added: planning and capacity building in the field of general medicine was done. In the case of dentistry, we had a resolution to review the increase in dental and specialized capacity within two months.

Referring to the Ministry of Health’s proposals to increase the capacity of the dental staff in the country, the Deputy Policy Officer of the Science and Technology Headquarters of the Secretariat of the Supreme Council of the Cultural Revolution said: According to the World Health Organization, our country’s index is about 42,000 doctors.

He continued: the codes of the medical system in the field of dentistry are the same number, but there is a map called the treatment and health map of the country in which the Ministry of Health claims to have counted the situation of doctors and dentists in 1994 and 1995.

Borzoi said that the Ministry of Health considers the codes of the medical system, adding that dentists have a professional qualification of about 27,500 people, which includes faculty members as well as specialized students and assistants. The index provided by the treatment document is 29,700 people.

He continued by stating that in the best and most desirable case, we have 30,000 doctors, which is 35 to 100,000 per capita: the situation in our country is not favorable in terms of per capita dentists; If we compare ourselves with the developed countries in the field of health, the region and the countries that are on the same level with us economically, we are ranked 35th out of 40 countries in the group of 20, in which 60 dentists per 100 per capita. Thousands of people and in the region this number is 48.

Referring to the statistics of admission of dental students in recent years, the Deputy Policy Officer of the Science and Technology Headquarters of the Secretariat of the Supreme Council of the Cultural Revolution stated: That is, from 1998 to 1400, the student admission process has been declining.

Regarding the number of dentists per capita in the country and comparing it with upstream documents and the process of reducing student admission, Kuhpayehzadeh said: “One of the goals of the health system is fair access to services in this area, especially in the oral sector. One of the ways to achieve fair services Fix the shortage.

He added: “What we pay more attention to is the issue of per capita and the number of manpower.” We compare ourselves to the statistics of the countries in the region, which are mostly unrealistic, while we have to find solutions to issues such as the high cost of dentistry in the country.

Kuhpayehzadeh continued: Dental services in the country are luxurious and expensive services; For example, in the city of Tehran, where we have enough dentists, the condition of people’s mouths and teeth is not good.

Referring to the capacity of dental schools in the country, he added: “Our dental capacity in 18 and 78 was 18 schools in the field of education, which has now reached more than 40 schools.” We currently recruit 350 to 400 specialists annually.

The Secretary of the Council for the Development of Medical Universities, emphasizing the need to pay attention to quality in improving the oral health situation, said: Reach 55 to 60 per 100,000 population.

Price change situation in May / Oil, sugar and sugar at the top of prices - Mehr News Agency | Iran and world's news 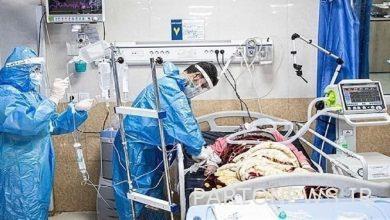 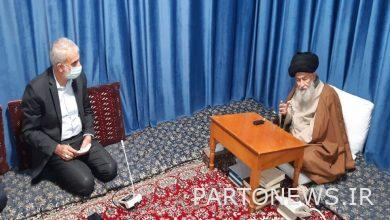 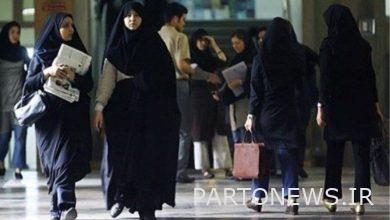 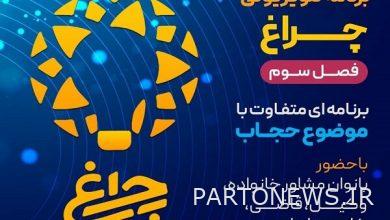