According to Fars news agency’s health department, Hossein Delshad, endocrinology specialist and associate professor of Shahid Beheshti University of Medical Sciences, in the Sima health network pulse program, pointing out that about one billion people in the world are suffering from diabetes, said: half of these people are from the disease. They don’t know. Also, about 21 million pregnant mothers develop diabetes every year.

He said: In Iran, about 9-10% of people over the age of 20 are suffering from diabetes.

The endocrinologist and metabolism specialist, in response to the question of what is the special importance of diabetes, said: Diabetes is not only a chronic disease with increased blood sugar, but also a long-term increase in blood sugar, with the production of toxic substances and the impact on Various tissues of the body, especially the cardiovascular system, kidneys and eyes, impose irreparable complications on a person with diabetes.

Delshad added: In 2021, there will be around 7-8 million deaths related to complications of diabetes. Knowing the complications and deaths caused by it, diabetes has taken a special place in internal medicine diseases. In order to make society aware and inform about the complications of this disease, a day has been dedicated to World Diabetes Day, which is celebrated by choosing a slogan for both experts and society. The slogan of this year’s World Diabetes Day is to increase awareness and knowledge about diabetes for a better tomorrow.

In response to the question of what are the risk factors for diabetes, the expert of the program said: A series of factors in daily life cause diabetes; Such as family history (father, mother, siblings) that increases the probability in other people. Also, having an uncle, aunt, aunt, etc., which makes the risk of diabetes possible at a lower rate.

In response to the question of how environmental factors affect diabetes, this endocrinologist said: Lifestyle that includes inactivity, reduced physical activity, weight gain, and obesity are among the factors that increase insulin resistance. and cause diabetes in a person.

Delshad pointed out: Also, unhealthy diets that include excessive consumption of sugary substances, high salt, fast foods, etc. are among the other causes of diabetes.

He mentioned the history of high blood pressure, history of diabetes during pregnancy, and women with polycystic ovary syndrome as other underlying factors for the occurrence of diabetes.

Delshad named urban life, inactivity, lack of physical activity and use of vehicles as the reasons for obesity and said:
Obesity and diabetes have been called the twins of the 21st century. He also divided diabetes into three groups: type one, type two, and diabetes in pregnant women.

He said that 90% of diabetes cases are type 2 diabetes, which is hereditary and especially acquired. He said: Today, with the increase in obesity and the consumption of unhealthy foods, the prevalence of type 2 diabetes in children and adolescents has increased.

The expert of the program said: The measures to prevent diabetes start from childhood, parents should not force children to eat too much food, obesity of children may be the cause of diabetes in the future. He advised parents not to make their children used to overeating, in order to prevent children from becoming overweight.

In response to the question of what is the stage of pre-diabetes, the expert of the program said: If a person has blood sugar between 100 and 126 mg/dL on two occasions after 8 hours of fasting, it is called pre-diet.

Delshad clarified: In this group, primary prevention can prevent overt diabetes. A healthy lifestyle that includes a healthy diet and proper physical activity is recommended to these people, because it prevents overweight and obesity. This formula is one of the most important ways to prevent diabetes.

The faculty member of Shahid Beheshti University of Medical Sciences mentioned cardiovascular problems, kidney and eye problems as other complications of diabetes.

He also mentioned the diabetic foot ulcer, which sometimes leads to gangrene (blackening of the toe wound) and amputation.

Lovren: Croatia is the dark horse of the World Cup 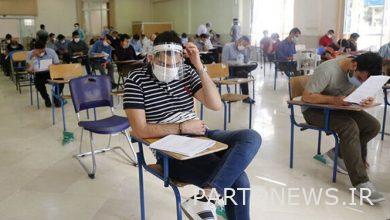 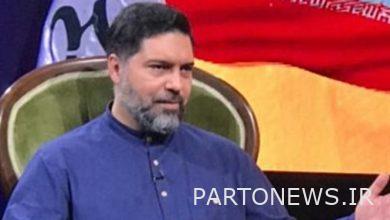 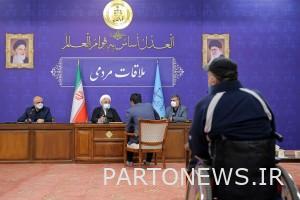 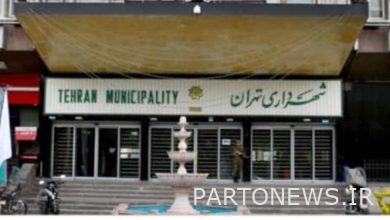